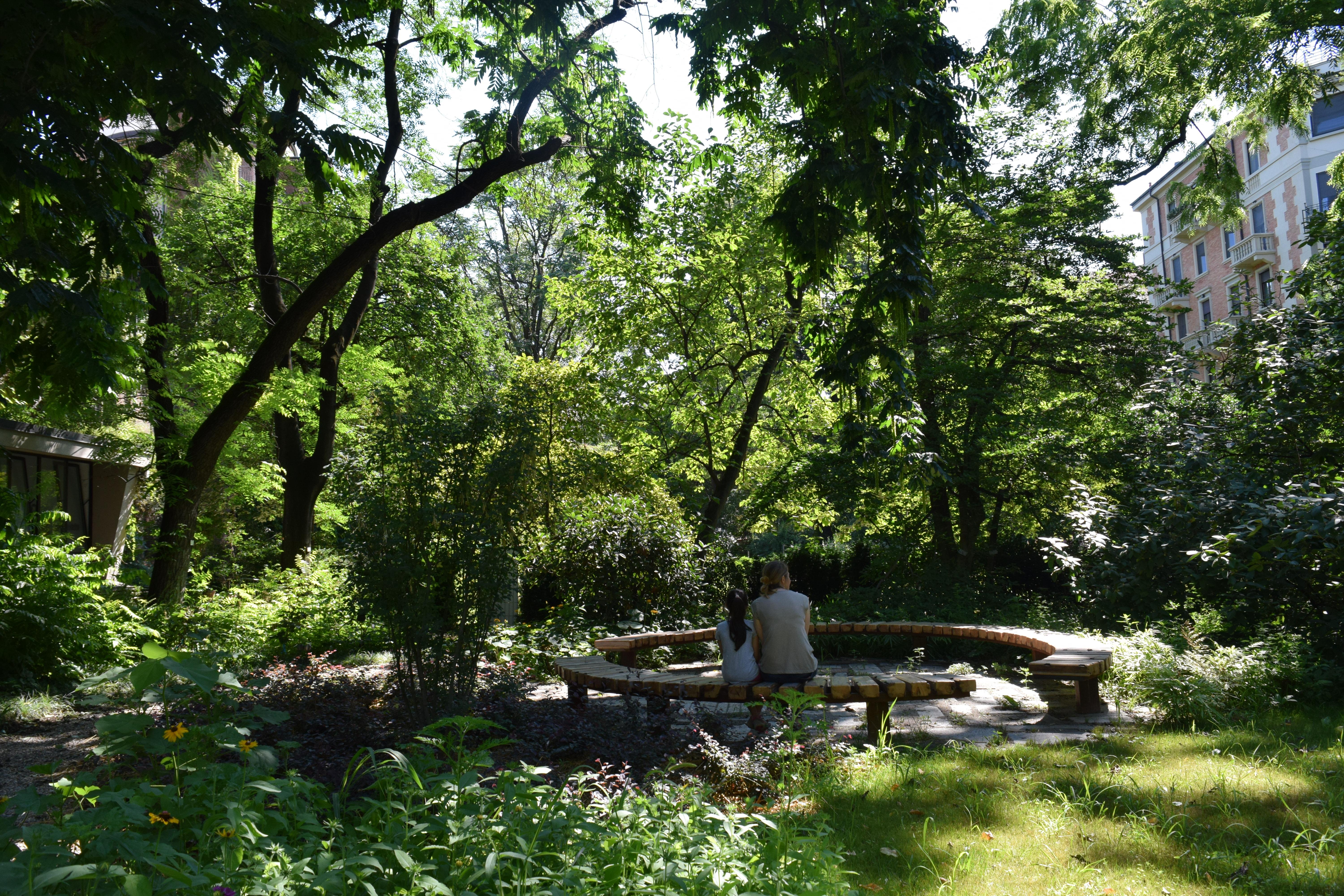 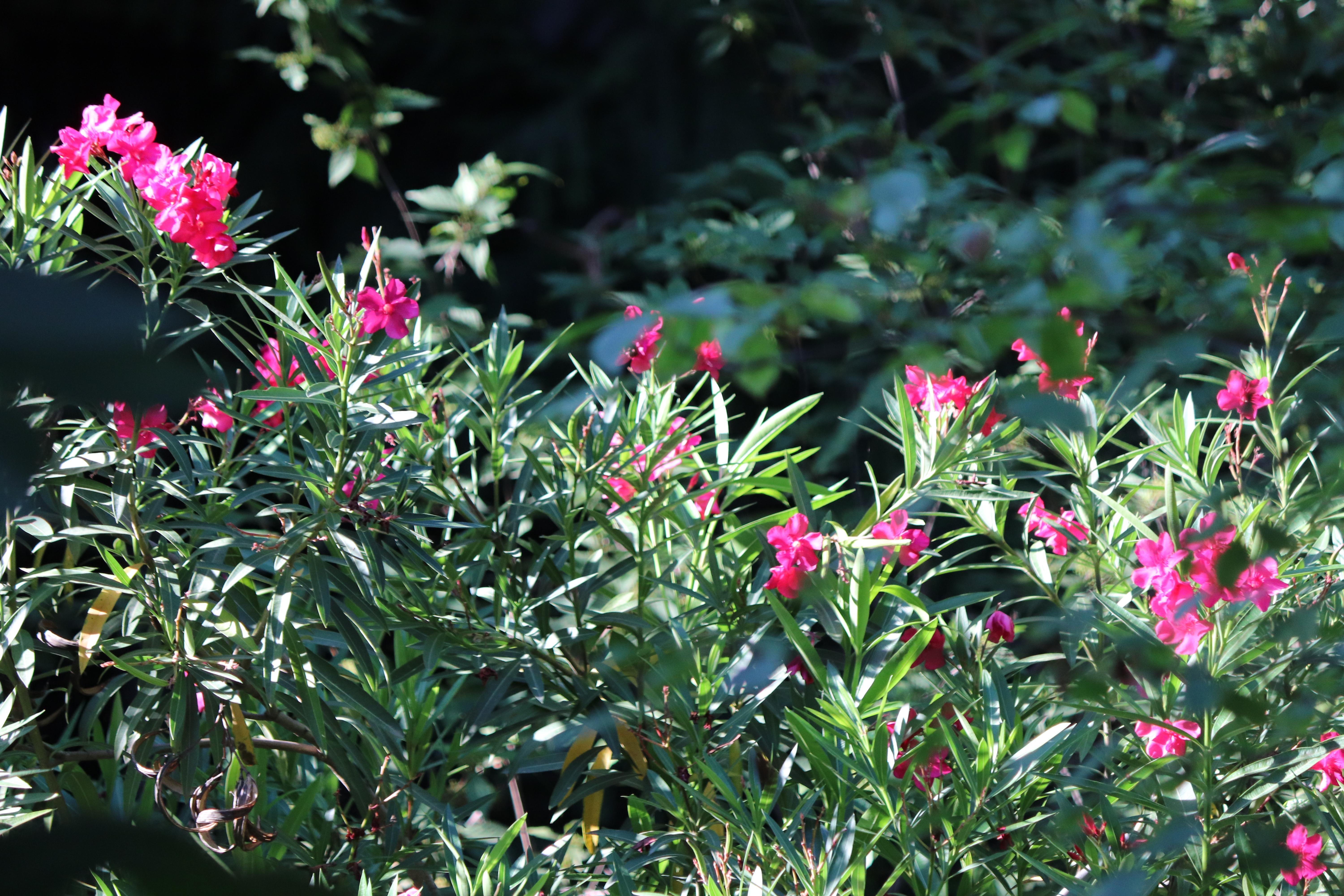 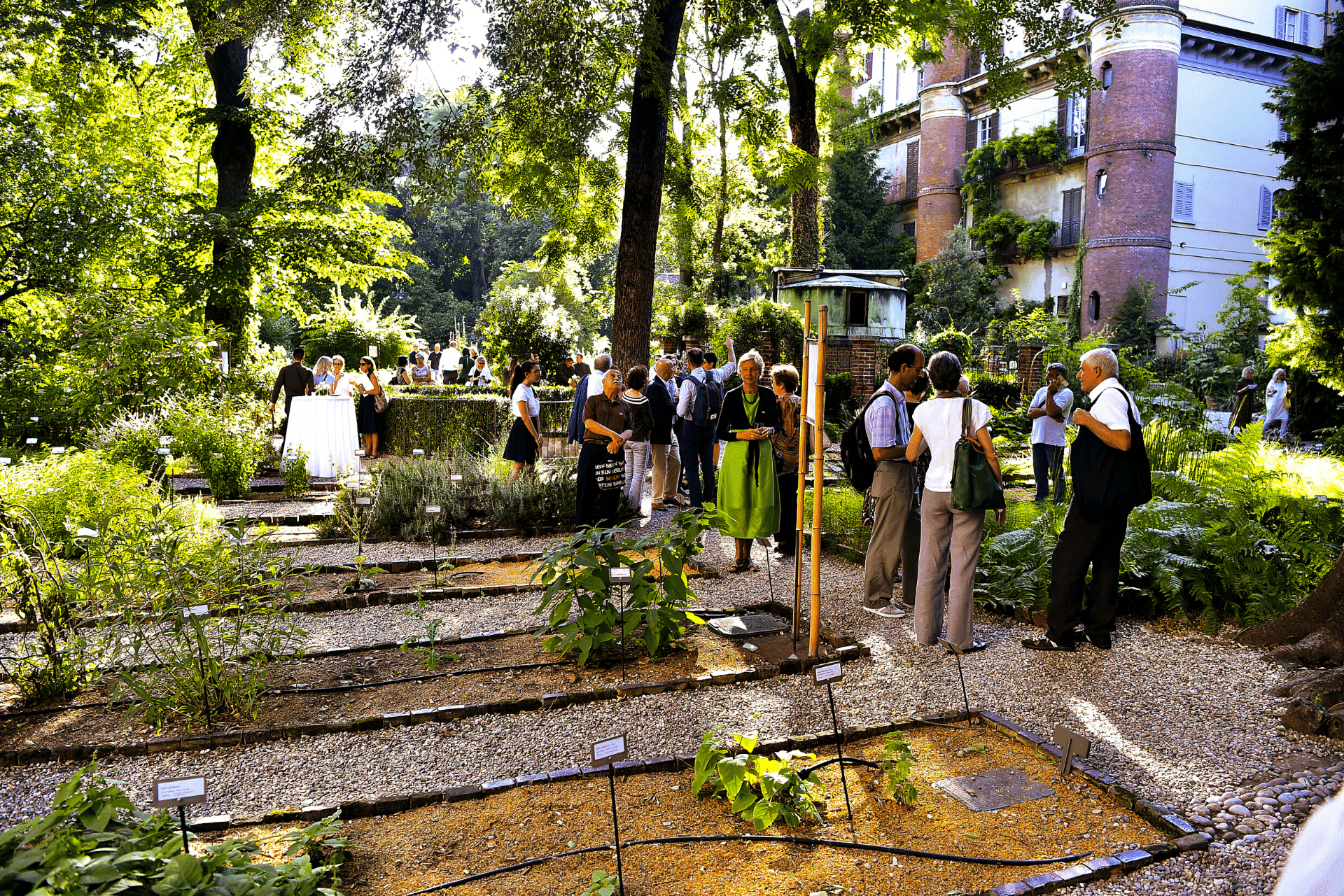 The Brera Botanical Garden is located in the centre of Milan, adjacent to the south facade of the historic building from which it takes its name. It is part of Grandi Giardini Italiani (the network of the most beautiful public and private gardens in Italy), Botanic Gardens Conservation International (BGCI), and the Network of Botanical Gardens of the Lombardy Region, which has officially recognized it as a museum.

The garden hosts educational and research activities in the fields of science, history, art, and the promotion of cultural heritage, including through projects and collaborations with other institutions and museums. It offers schools a wide range of educational, scientific, and interdisciplinary itineraries.

A place of meditation and a cultivation field for the order of the Humiliati since the fourteenth century, and for the Jesuits from the sixteenth century, its institution as the Brera Botanical Garden dates back to 1774-1775 in the context of reforms introduced by empress Maria Theresa of Austria, with the foundation of public training and research institutions. Palazzo Brera thus became a lively cultural centre in Milan in the second half of the eighteenth century – an authority in the world of art, literature, and science. It was for a long time an advanced training centre in pharmacy and medicine, focussing on the cultivation of medicinal species.

In the Napoleonic era, with the increasing introduction of ornamental and exotic species, the garden was more decoration-oriented, but later resumed its original educational mission. The garden had mixed fortunes until 1935, when it was annexed to the Higher Institute of Agriculture. It thus fell under the Ministry of Education and has since been managed by the University of Milan.

At the end of the 1990s, an important conservative intervention restored the ancient eighteenth-century design of the first two sectors of the garden. In 2018, the restoration project was completed with the redevelopment of the arboretum.

The garden reveals to the visitor its historic character, with its original layout – three sectors separated by two elliptical ponds, as envisaged by its founder and first director Fulgenzio Vitman.

The first two sectors are occupied by a dense succession of flowerbeds with specific microclimates, hosting the collections of medicinal, dye, food and other plants. The third sector is the arboretum, where two majestic Ginkgo bilobas stand out.

Several flowerbeds host many medicinal plants, others are dedicated to economically or environmentally important species – food, dye, textile and paper plants, or recreate specific environments, with Mediterranean, arid and wet land plants. The plants location depends on the microclimate of the different areas of the garden.

The plants are grouped according to their family or order, with a focus on the families that are richer in species of our flora, Asteraceae, Apiaceae, Lamiaceae, etc.

There are also rare plants or species to be preserved to protect biodiversity, particularly native Lombardy plants, such as the Carthusian Pink (Dianthus carthusianorum) and the Royal Fern (Osmunda regalis).

Large trees, often growing in unusual locations or between flowerbeds, include two 2-and-a-half-centuries-old Ginkgo bilobas, the garden's patriarchs and symbols.